Hat Creek House was established in 1861 by former Hudson’s Bay Company trader Donald McLean. What began as a small log stopping house later became a two-storied structure, and a west wing was added in 1901. It is the last remaining roadhouse of its type and one of the largest ever known along the Cariboo Wagon Road. Our guided tours of the old rooms reveal an intriguing history of the personalities who operated the ranch and traveled through it on the Cariboo Wagon Road. You will see the big ranch kitchen, the saloon and stage passenger waiting room. Victorian era wallpapers and Granny McLean’s sewing machine, brought here around Cape Horn!

McLean’s Cabin, originally built in 1863 at the confluence of Hat Creek and the Bonaparte River, was moved to its present site behind the roadhouse in 1901. Hear the fascinating story how three of Donald McLean’s sons and their friend Alex Hare became known as the “Wild McLean’s” and later found a tragic end in New Westminster.

Hat Creek Roadhouse was famous for its hearty meals, which were prepared from the ranch’s own produce, grown in a flood-irrigated garden and kept fresh in the recently restored Root Cellar. Chickens, turkeys, pigs and goats were raised in the 1898 Pig Barn and in the sod-roofed Chicken Coop, built in 1872. 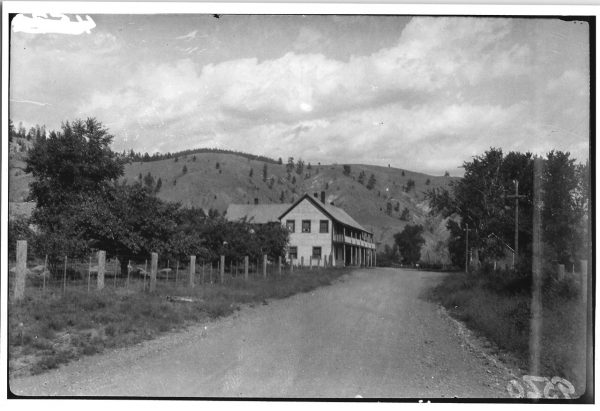